We were very happy to hear today that Carrie's work permit for Papua New Guinea is likely to be approved this week.  In order to legally work in the country in any capacity, we both need work permits.  Mine has been approved for several months.  We thought Carrie's approval was our last hurdle before applying for visas for all eight of our passports.  It seems now that we need to apply for work permits for all the kids, too.  Very frustrating, indeed, given the time that we have left before we are supposed to leave.  This is something we never needed to do before for Isaac.  On the other hand, we've never needed one for Carrie until now, either.

An interesting challenge to this situation is coming up with vocations/jobs to fill in on their work permit application.  Young as they are, we want to choose something that is suitable to their character and their skill set.  We don't want them to feel locked into these lines of work should their desires be different further down the road, so our choices must be careful and thoughtful.  The pictures below represent each child's propensity (thus far observed) and thus, their chosen profession:

Toddler fun around the house in the past few days

Posted by GavinCarrie at 11:26 AM No comments:


Marmi was the backyard photographer, so she doesn't get to be in any of the pictures. Instead, here's one more photo of her having fun with the Bunch at the Arboretum. :) 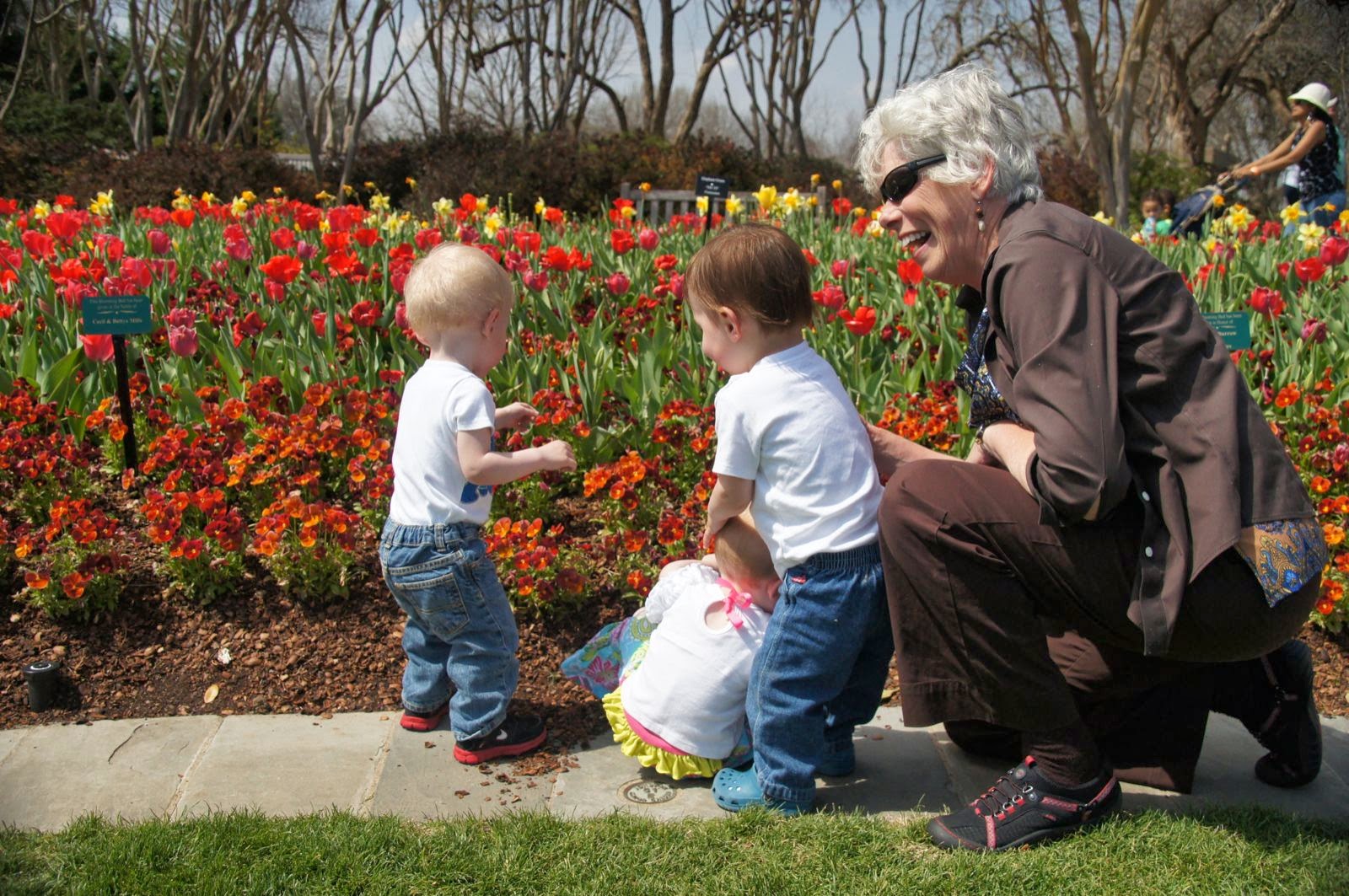 Posted by GavinCarrie at 9:56 PM No comments:

Sadly, Marmi and Papa have headed back to California. Happily, we got some good family pictures with them before they left!

Posted by GavinCarrie at 9:27 PM 5 comments:

Thank you for the sweet comments you've been posting! You're right, it's such a miracle to see these kiddos doing so amazingly well. I like how Seth's face has been filling out, even though he's still less than 5th percentile for weight, as is David. They're both normal height, though, so that encourages me that they don't have any stunting due to poor nutrition. They're just skinny preemie boys. Will . . . not so much. ;)

Isaac remains the favorite playmate around here. Marcie asks about him constantly: "Ishaac?" or I-aac," depending on how clearly she's speaking. Gracie seems to call him Isey. So cute! And Marcie said "Day'id" yesterday for David. 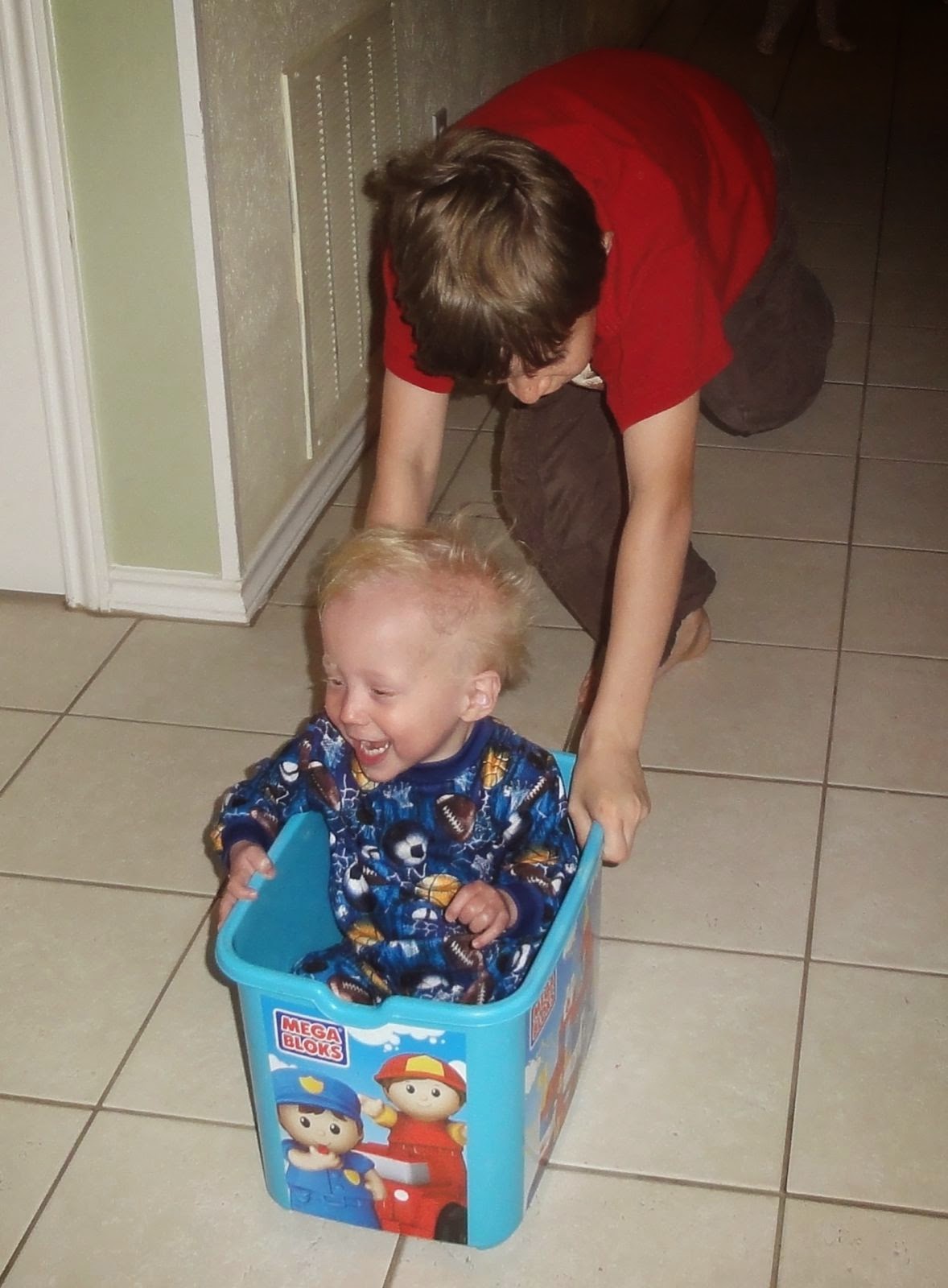 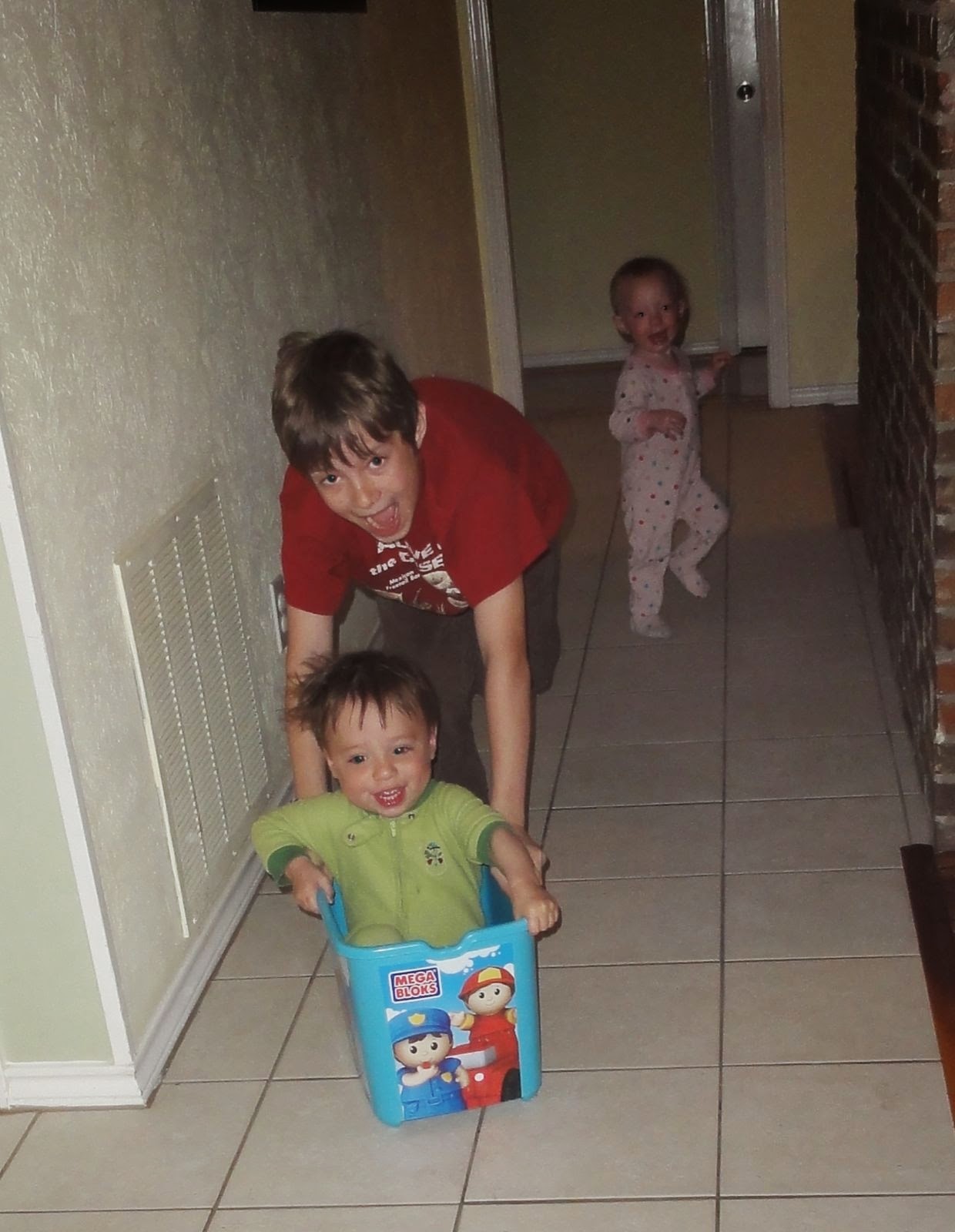 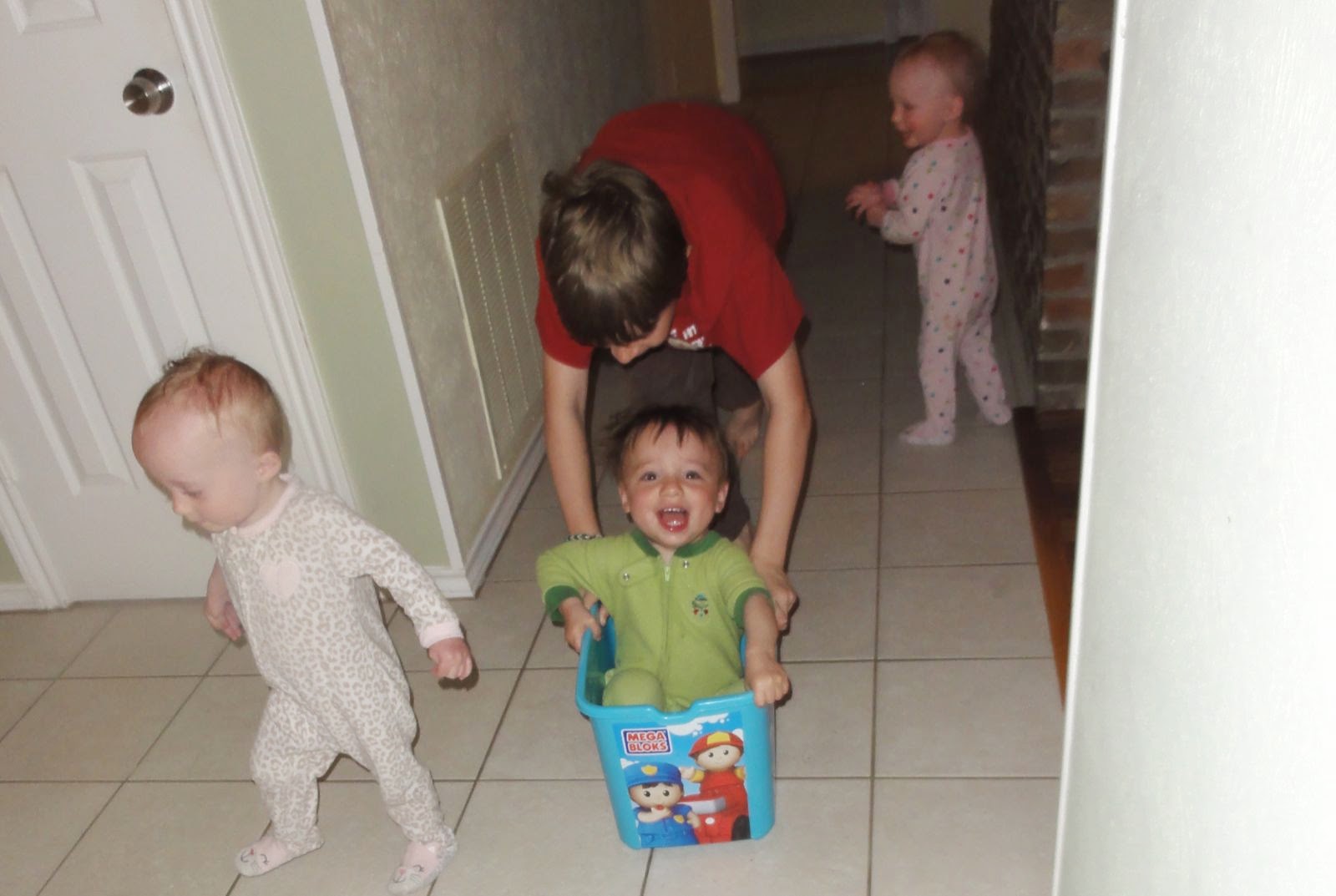 As you can see, the "sandbox" is actually a kiddie pool that Gavin filled with sand from Home Depot. The kids LOVE it; the big kids who come play do too! 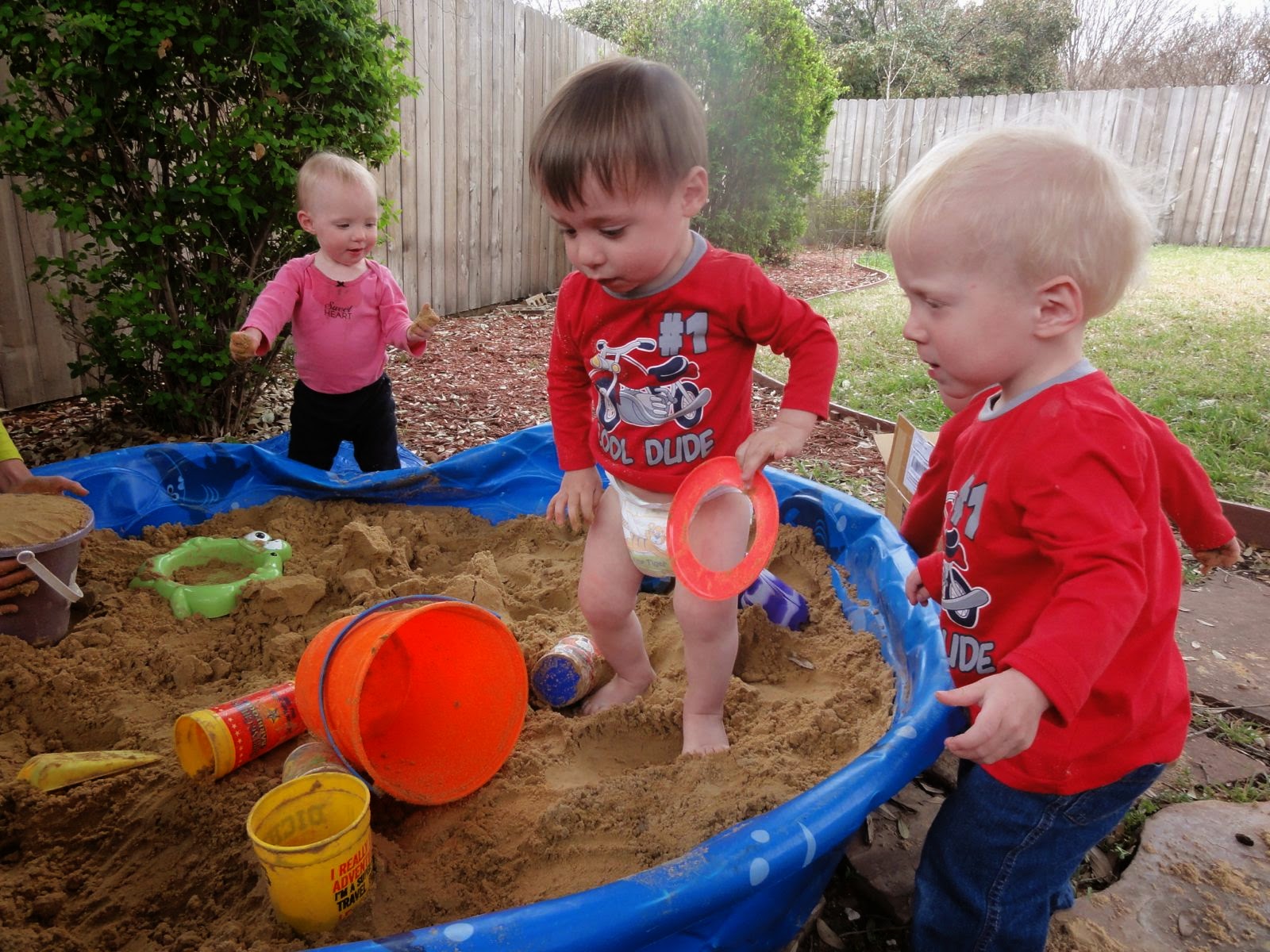 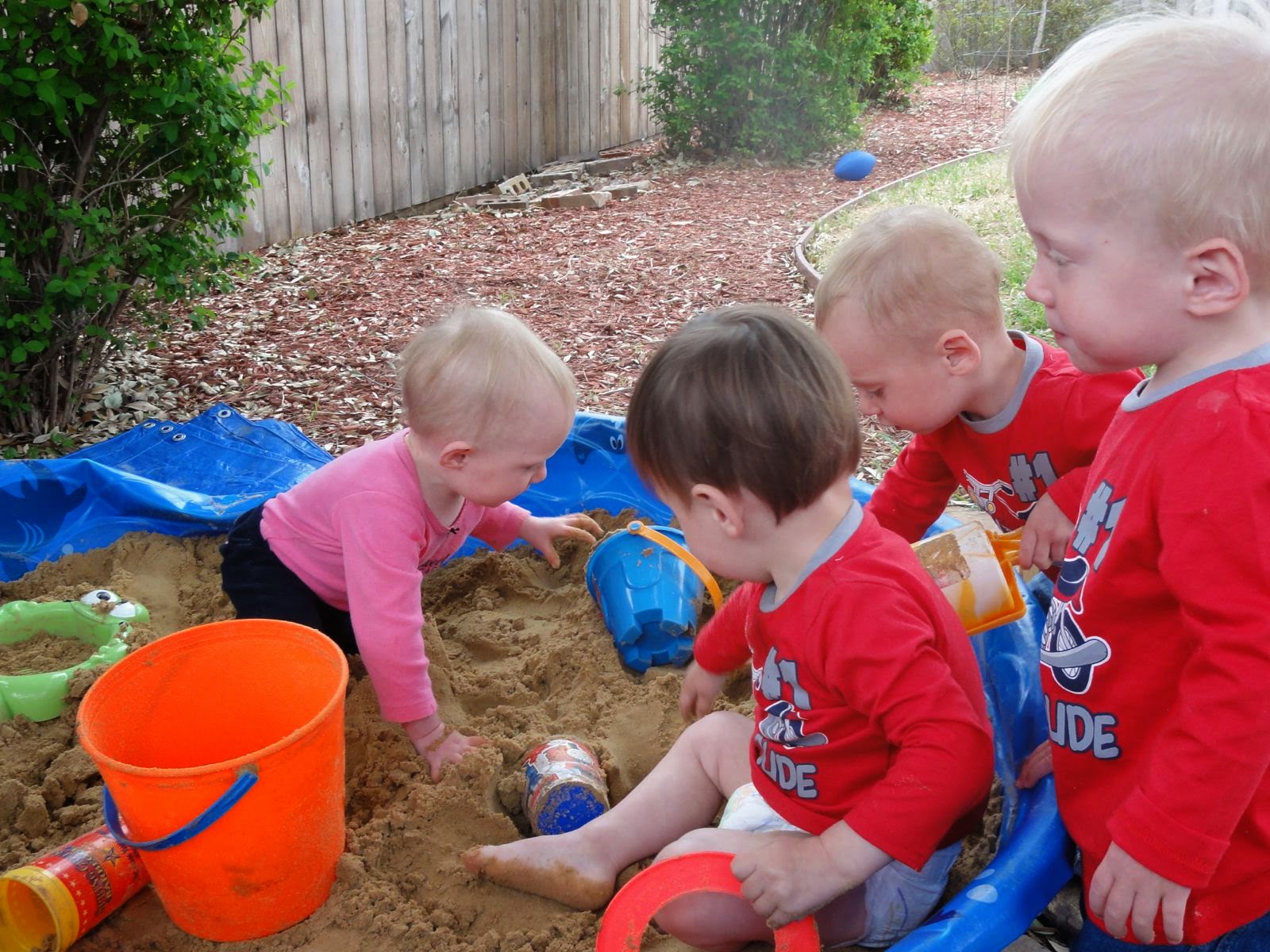 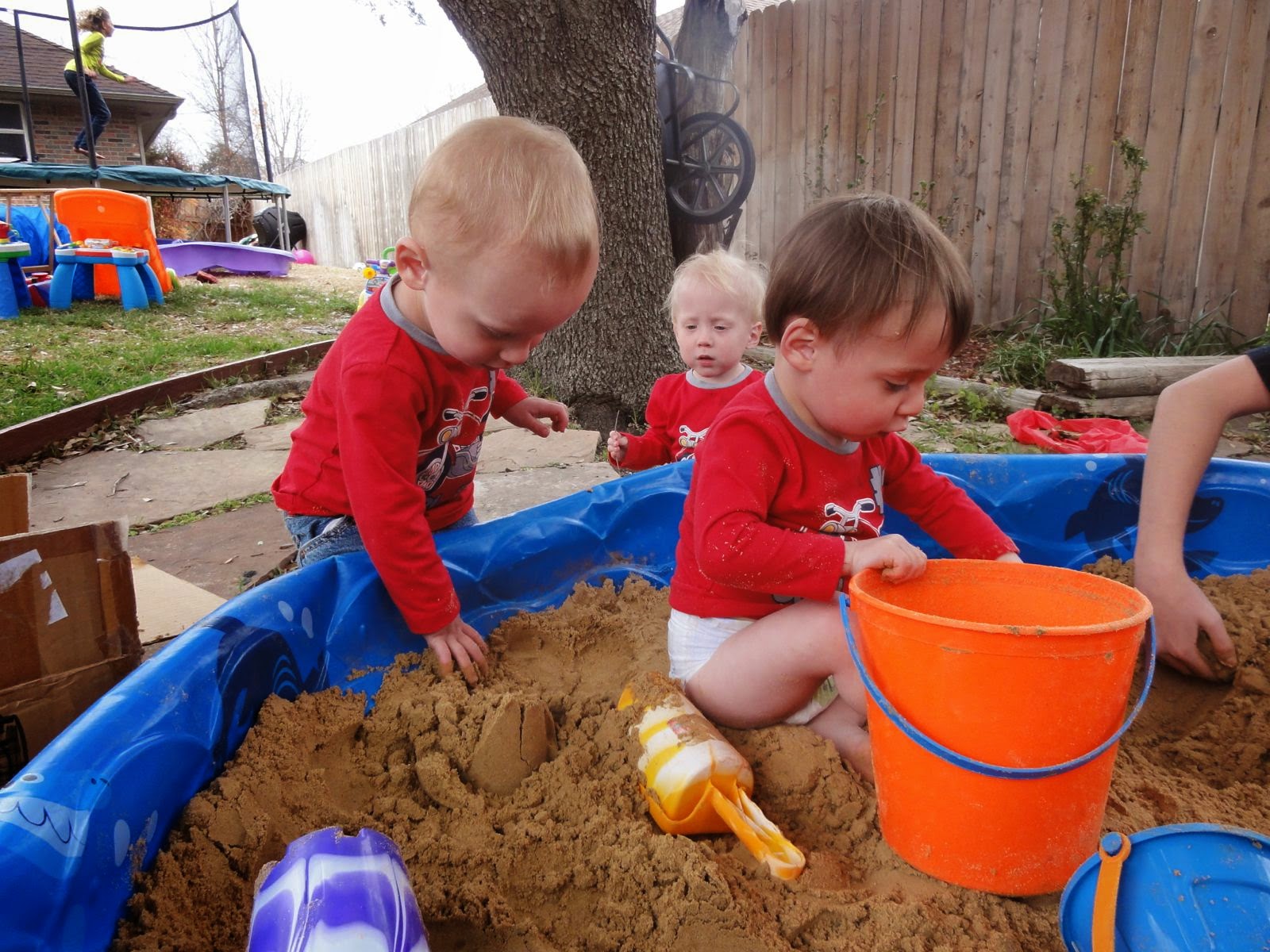 We're having major issues with biting. I would be interested in some advice, especially if it pertains to twins or higher order multiples. Will and David especially see it as their most powerful weapon. David, for instance, tried to bite Will and Seth to keep them from coming through the gate when he wanted to be the only one on the other side playing with the empty diaper box. I don't know how much to discipline them because I don't know if it's serving any purpose at this young age when they'll just do whatever works regardless of the consequences. And I have to act so quickly because they forget what they've done within seconds! I have been trying a couple of things but to no avail yet. Maybe it's just going to take time. I know it's a stage, but it's a painful one for the victims. :( I appreciate prayer for wisdom!

Love and gratitude,
Carrie
Posted by GavinCarrie at 11:20 AM 10 comments:

I forgot to say a huge thank you to Naomi, our babysitter extraordinaire who also happens to be a photographer extraordinaire! How blessed we are to have her along on our adventures - in fact, it was her Zoo membership that got us a fabulous discount to the Arboretum!

Also, poor Grandma had to work on Friday so she couldn't come with us. I know some of you would wonder where she was on that gorgeous day out with the other three grandparents. (Gavin was able to take the day off since he was awaiting delivery of the necessary parts for his forklift repair job anyway.)
Posted by GavinCarrie at 11:14 PM 1 comment: 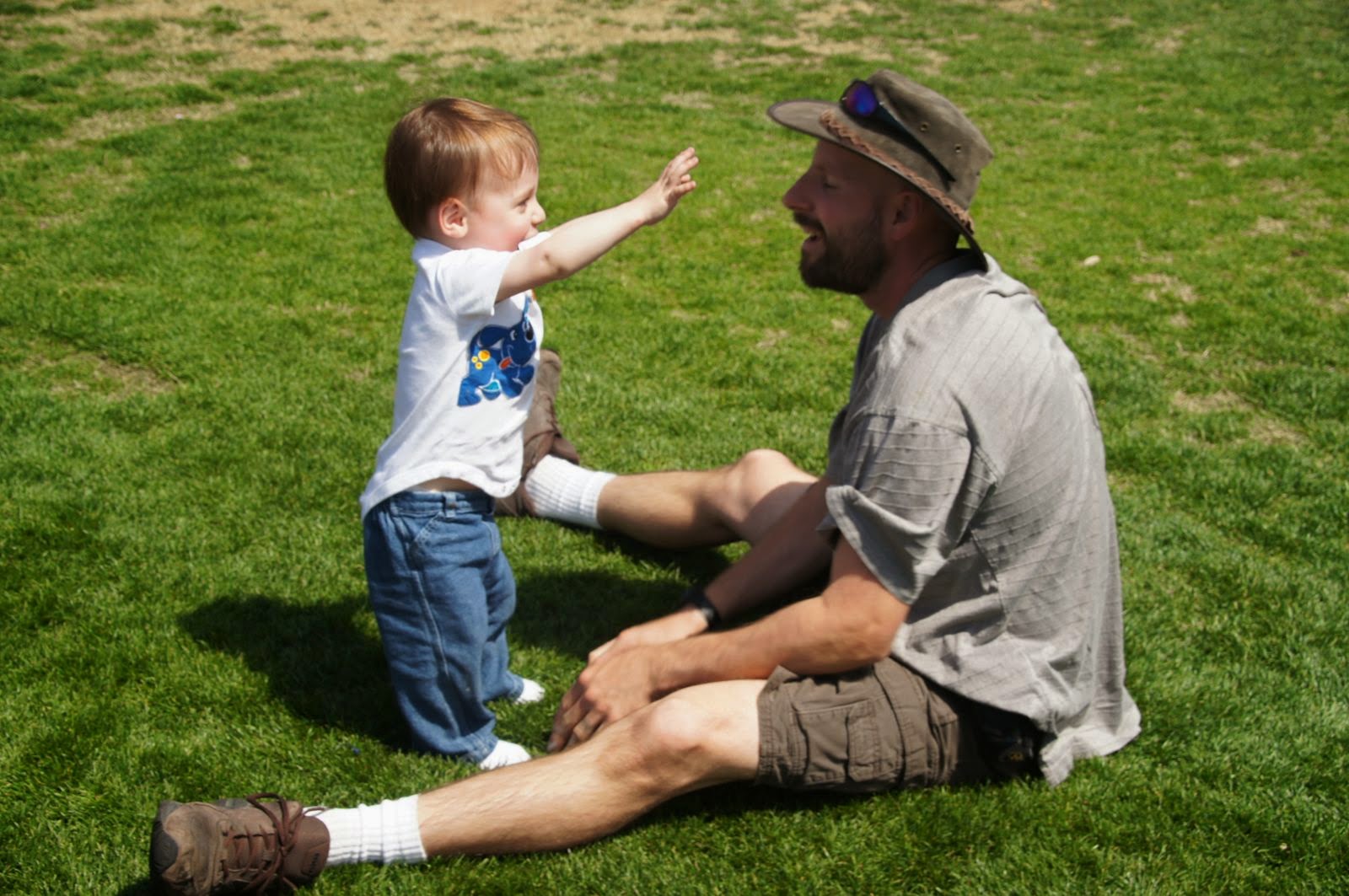 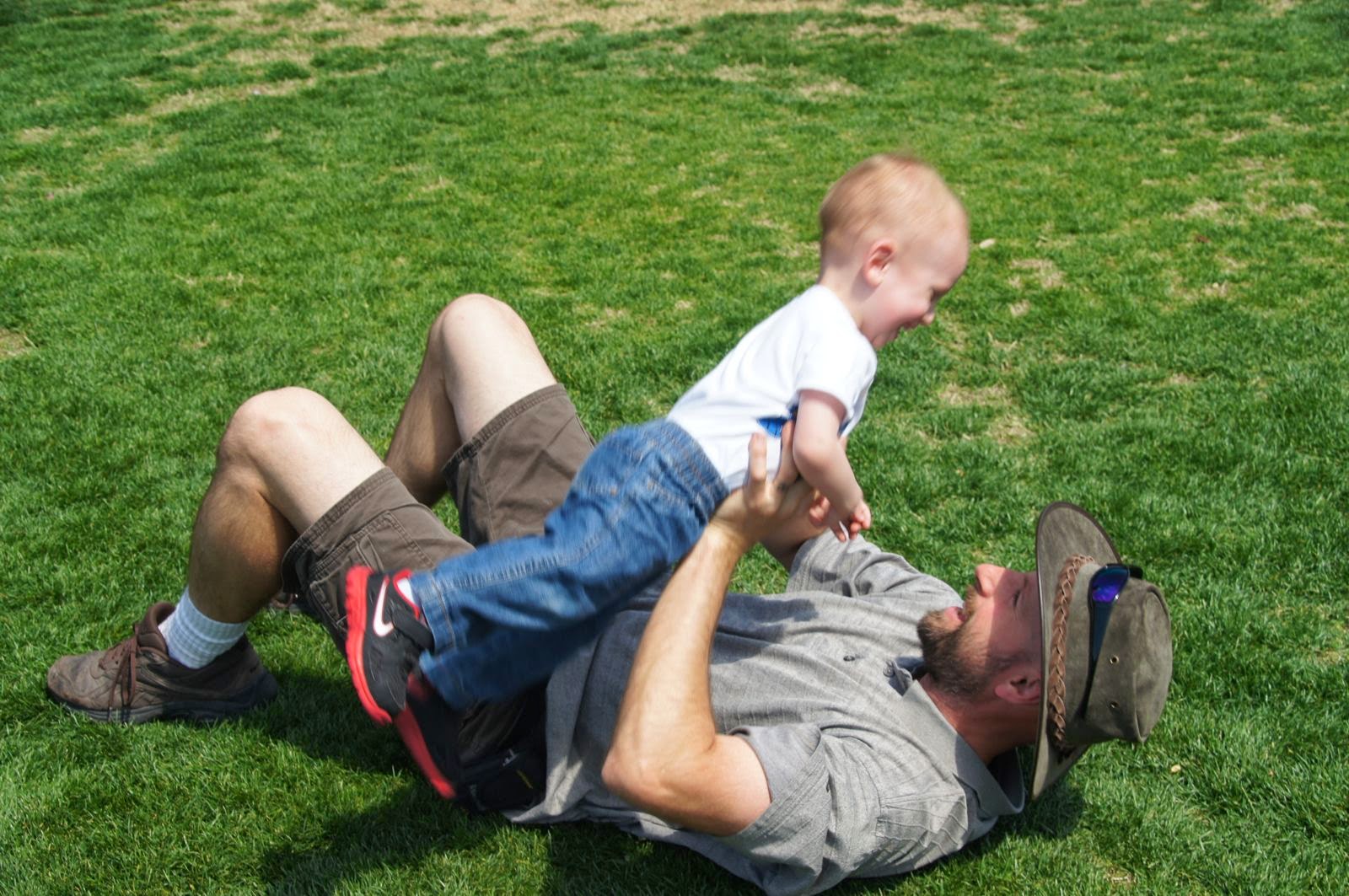 Posted by GavinCarrie at 11:05 PM No comments: