And a couple of Gracie just being cute: 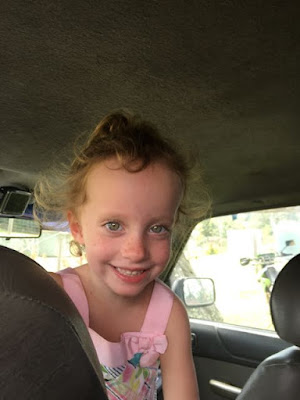 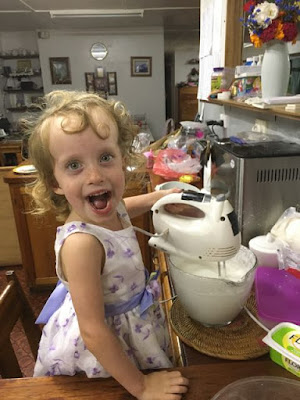 Posted by GavinCarrie at 11:49 PM No comments:

First day of Pre-school for the quints

The kids were very excited yesterday to go to Pre-school for the first time.  I (Gavin) took this video of them moments before heading off to class.

They had a great day (without any potty incidents).  They can't have any toilet "incidents" and stay in class, so we're hoping that will be good leverage for them to finally kick this long-term toilet training marathon. 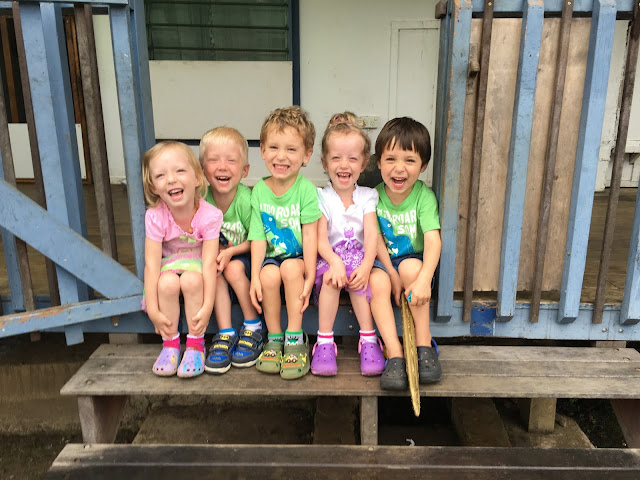 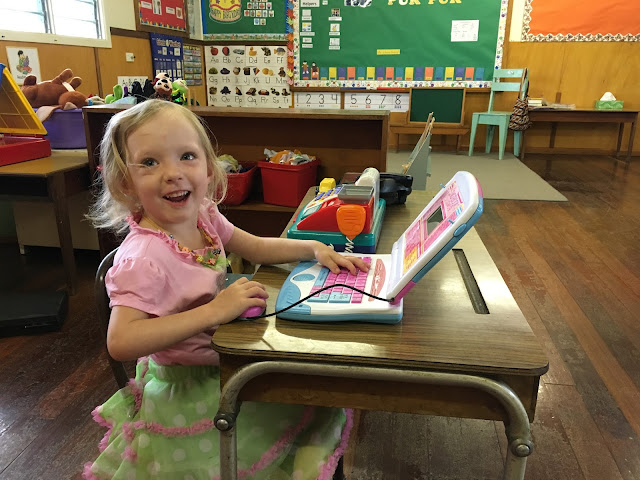 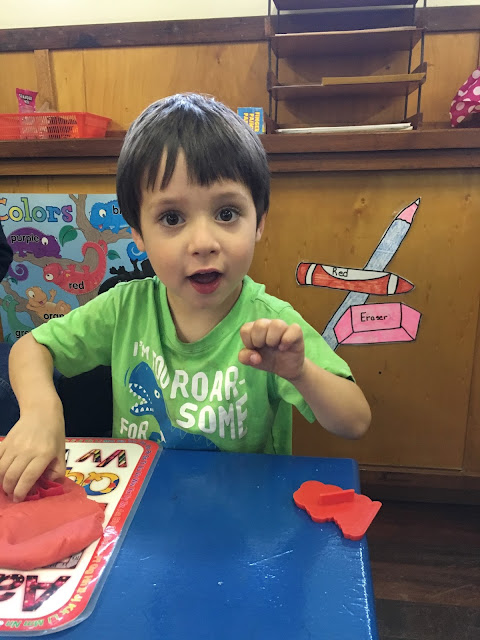 Posted by GavinCarrie at 6:54 AM No comments:

We've had a delightfully uneventful couple of weeks. Good health is such an incredible blessing, not fully appreciated until you don't have it!

The kids are starting preschool tomorrow with the famed Aunt Debbie (who used to take them on Friday mornings for their own personal preschool). It's only two mornings a week, but they are SO excited! They've been asking for weeks, maybe months, when Aunt Debbie will be their teacher and they can go to Isaac's school. The preschool on up to 6th grade, inclusive, is all on the same campus. So for one year big brother Isaac will be on the same campus as his many little siblings. How fun! And the campus is right next door to our house. I frequently hand Isaac things through the fence. It's fun to hear his voice at recess, and tomorrow I'll start hearing the quints' voices too. I hope they are mostly happy sounds!

It's been a big goal to the kids "accident-free" (potty-wise) so they can attend school. Thankfully the past few days they've made it all morning without any accidents. We hope and pray that continues when it really matters, in a classroom with lots of other kids and no facilities to deal with potty messes!

Isaac says this is going to be a great year. He says every teacher he has is "awesome, fun, funny and really nice." He has several different teachers. We realize anew how blessed with our with school and the people who come to serve in it. Let us know if you are interested! There's always a need for more teachers. :)

Work has really slowed down for me in the Clinic laboratory with the return of my dear friend/supervisor/trainer Natalie. I've learned so much during her study absence, and she's come back with a wealth of new knowledge to teach!

Gavin remains busier than he would like to be, at least on the office work and home front, but he keeps plugging along and trying to prioritize wisely. His kids really love him and tend to mob him with requests for play when he enters the door after a long day. There's definitely no downtime for the poor guy! He loves the vast majority of what keeps him busy, however, so that's another big blessing.

Karen was trying to take a picture of all the quints and got this one really nice one: 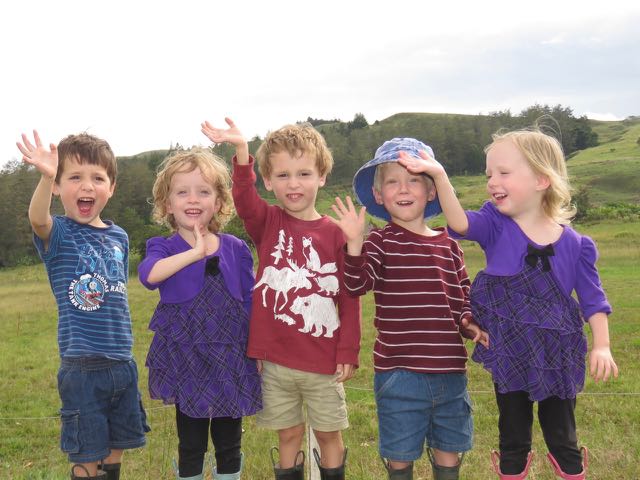 The kids kept putting their waving hands in front of faces, so Karen told them to put their hands on their tummies. For some funny reason, in their little minds "hands on tummy" meant "sick to our tummies," so they started pretending to vomit! Hence the photo below which was too funny not to post. Hope it doesn't cause offense. :) 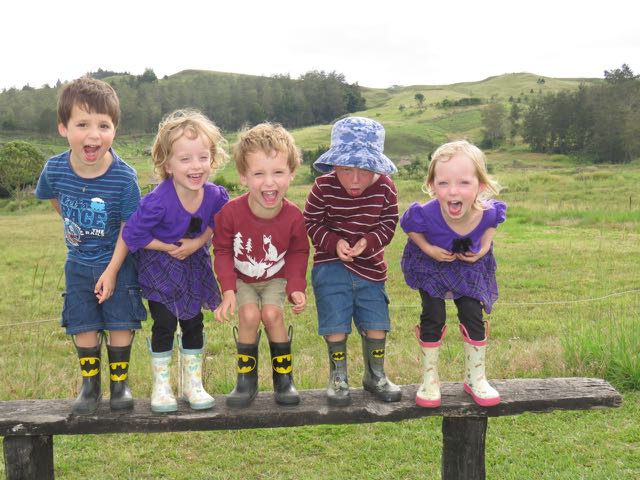 Gracie continues to be a silly girl, and Seth regards her with great amusement and affection. Marcie looks like she's overflowing with joy!: 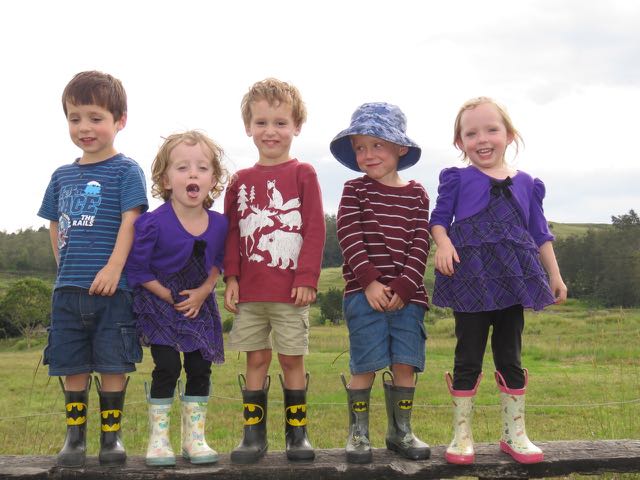 Posted by GavinCarrie at 11:00 PM No comments:

The kids had a GREAT Sunday with Aunt Karen, Victoria and Amanda last Sunday. Only a few of the photos are included tonight due to a very slow connection, and I couldn't get any of David to load:


Life here is unusually busy for school break. VBS is going on. Seth and David especially love their leader, Aunt Natalie's uncle John. They talk about John a lot, like he's just the coolest adult alive! They are so incredibly cute running around playing with the other bigger kids. They are the youngest there and look so tiny!

Isaac is very busy with a friend visiting from another area of PNG, making the most of their one week together. Gavin is flying and working like mad, loving the people and places he encounters. I am working a lot of extra hours this week at the Clinic lab because a colleague is on holiday. Things should calm down next week . . . Meanwhile, we are happy and blessed, enjoying work, life together, and our darling kids here in this amazing country!

Love to all,
Carrie

Posted by GavinCarrie at 6:32 AM No comments:

A few pictures from Milne Bay. The views are INCREDIBLE! The airstrip is Vivigani. Built in WWII by the Australians as a bomber base from which to launch attacks on the Japanese at Rabaul. Took some translators out to Kalo Kalo and brought some back from Diodio. Thanks to God for a great day of flying over the South Pacific waters!

from Facebook http://ift.tt/29x46gZ
via IFTTT
Posted by GavinCarrie at 6:21 AM No comments: